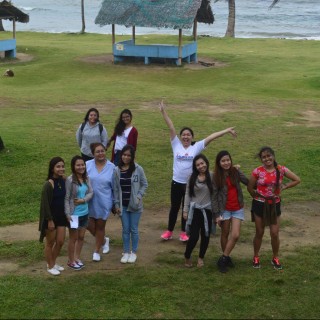 Need a little help coming up with some squad goals? Enjoy reading “the blog that squad goal buddies built” because we want everyone to be part of our SCENE as we tell what’s going on the actual ZONE that we are in. Because friends don’t seen-zone their friends, we all step up and enjoy each other’s journey and accomplishments even from a distance.

At the foot of Mt. Makiling, the City of Santo Tomas in the Province of Batangas in the Philippines is renowned as the “Gateway to the South”, this is aside from the fact that it is also a thriving city in the region. Because of its strategic location, the City of Santo Tomas makes an important crossroads for commerce and industry, as well as being home to several corporate and industrial projects.

This makes that among the best places to visit in the province is Santo Tomas, which is ranked as the best city in Batangas.

As a result of its convenient position in Metro Manila as well as nearby Batangas and nearby Laguna and Quezon provinces, this place has everything you need. There are several places to eat, places to go to school, places of worship, medical facilities, and other necessities all throughout the city.

And since Filipinos really love food and eating out with friends and family, we collected some of the Filipino restaurants that can be found in Santo Tomas Batangas and have proximity to Lumina Sto. Tomas.

Join us on this tour and discover where to eat near Lumina Sto. Tomas!

At Rose & Grace Restaurant, the turo-turo tradition lifestyle strip that the Filipino masses love is very much alive. On a glass stand, customers can observe the day’s specials, ensuring that each meal is prepared fresh every day and is never pre-made. With its original Bulalo or beef bone marrow stew, which is closely linked with Batangas, the restaurant draws a large number of customers.

Aside from their local dishes, Batangas is also renowned for its seafood cuisines. Sinigang na Tanigue sa Miso is an alternative to Bulalo at this restaurant. The inherent tastes of the fish are enhanced by the use of fresh vegetables and a seasoning broth. Tawilis is another sort of seafood that is popular among the locals.

There are Tawilis freshwater sardines that may be found in Taal Lake. It is 15.2 centimeters in length and is the only known Sardinella species to live in freshwater. Cooking the little fish in hot oil until it becomes golden brown is the finest method for preparing it while drizzling vinegar and siling Labuyo over the salty and crispy fish enhances its flavor (chili).

Crispy Pata and Lechon Kawali are also available at the restaurant. Pig’s delicate meat and well-seasoned crackling skin is a popular dish among restaurant patrons. Cooking Crispy Pata results in moist pork meat that is easy to carve up. The fatty and savory aromas are balanced by a soy sauce dip with a touch of sweetness and a few pieces of garlic, onion, and chili. This makes their customers return time and time again because of their great comfort cuisine.

One of Dr. Gerry Malvar’s projects, Allegra’s Kitchen, is a quick food restaurant in the style of Western restaurants. It’s a solid indicator that the restaurant’s tastes have won the customers when it has locations all throughout Laguna and Batangas provinces.

Beef burgers, fire-grilled steaks, rice dishes, spaghetti, and other hearty fare are all on the menu at Allegra’s Kitchen. It’s a favorite among families because of the variety of set menus and a-la-carte selections. The tastiest burgers in town are served at the eatery, which is popular with locals. Fries known as Skin-on Fries are served with each meal.

Some of their popular burgers are Allegra’s Burger which is made with 100% pure beef. Among the ingredients of this burger specialty are pieces of crisp lettuce, diced tomato, and diced onion. You can have this for Php 125.

Meanwhile, for cheese lovers, there’s no better burger than Allegra’s Cheese Burger in New York City which costs around Php 145. In addition to this, they also have tender beef patties and crispy bacon strips that top their Bacon Cheese Burger (Php 175), which also comes with melty Cheddar cheese on the side.

Allegra’s Kitchen also has a Hawaiian-inspired burger for Php 195. This is consist of a beef patty topped with a piece of pineapple and all of the traditional fixings that include lettuce, cheddar cheese, red onions, and bacon.

Also, their Breakfast Tapa (P195), Allegra’s Fried Chicken (P115 for a piece and P175 for two), and the sizzling orders with Java rice may be tried by those who aren’t lovers of burgers.

Where to find it: The LifeStyle Strip, Maharlika Highway (Around 14 minutes travel time from Lumina Sto. Tomas)

You don’t have to fork out a lot on a trip to Spain. Among the many restaurants in Sto. Tomas is one that serves up authentic Spanish cuisine. Paella, Croquetta, and a wide selection of preserved meats are all on the menu at Restaurante Galeon. There is nothing better than finishing off your meal with some refreshing sangria for Php 365.

It’s great to offer wine with cured meats. The Croquetta is a delicious option for those who want something different for Php 295. Essentially, it’s the Spanish equivalent of mashed potato rolls, but deep-fried for a crispy coating. They serve potato balls with chorizo, cheese, and caramelized onions at the restaurant. With addition to honey, the Croquetta pieces are drenched in tomato cream.

Aside from this, it’s also possible to try the Creamy Gambas for Php 475, which is made with thyme, garlic butter, and a dash of paprika. The lemon and herb baguette complements the dish’s taste profile. Galeon’s Paella, however, is the real draw. In addition to Black Paella, Mushroom Paella, and Seafood Platter Paella, customers may choose from a variety of options.

Instead of the customary orange rice, try the Black Paella or Negra Paella. With the addition of squid ink and lemon zest, the meal takes on a vibrant hue and taste. It’s topped with arugula and salmon. A mushroom stock is used to make the Mushroom Paella. This dish’s flavor is enhanced with the addition of parmesan cheese, wild mushrooms, and truffle oil.

It’s not all about the rice medley at Restaurante Galeon. If you’re looking for seafood, you’ll find it here. Homemade bagoong with chorizo, scrambled egg and mango and chicharon bits are included in the Bagoong Pasta (P230). Marinera, Vongole (and squid ink) are some of the seafood pastas that are available. The Marinara employs red wine tomato sauce, whilst Vongole uses clam stock in its sauce.

Still want to search for more dining and local flavors from Sto. Tomas Batangas? You can savor your exploration in the city if you have a space you can call your own around the area.

Lumina Batangas (Sto. Tomas) which is located in Brgy. San Vicente, Sto. Tomas City, Batangas is readily accessible from Alabang through the STAR Tollway and SLEX in 45 minutes or less. Lumina Batangas, Lumina’s flagship project, is located between Sto. Tomas and Tanauan. In addition to a multi-purpose hall and tiny gardens and playground, a jogging route, and room for future commercial businesses, the 33-hectare Lumina Batangas has Mt. Makiling’s beautiful outlook.

Make your home reservations now and enjoy a brand new house and lot that is just a few minutes away from the metro!